In the first of the Society’s Follow The Flock features, we catch up with breeder Jim Rowe of the Downwood flock.

Originally born in Denmark and now residing in Herefordshire, Jim runs 30 breeding ewes on his mother’s farm and is a familiar face on the show and sale circuit. Jim says he started off with just two cross bred bottle lambs and once he started breeding from them, he swapped ram lambs for ewe lambs with local farming friends to help build the flock.

“After a couple of years and my parents moving to a house with more land, I decided I wanted to breed pedigree sheep,” Jim explains. “I started with a couple of Suffolk ewes, then a few Border Leicester’s, but neither breeds fitted in with my college and work commitments or thrived on our ground, so a change of breed type was needed.”

It was around this time that Jim met John and Phillipa Owens from the Woodhouse flock and started working for them on weekends. It was from here that his passion for Kerry Hills was sparked and Jim admits he fell for their distinctive eye-catching markings and presence. “Being a local, hardy breed, they suited our ground and at the time they were on the RBST watchlist, so the Society were keen to encourage new young members.”

“With a bit of guidance and plenty of practice John, Phillipa and the late Derek Rollings gave me the nudge to venture into the show ring and I haven’t looked back since,” adds Jim. 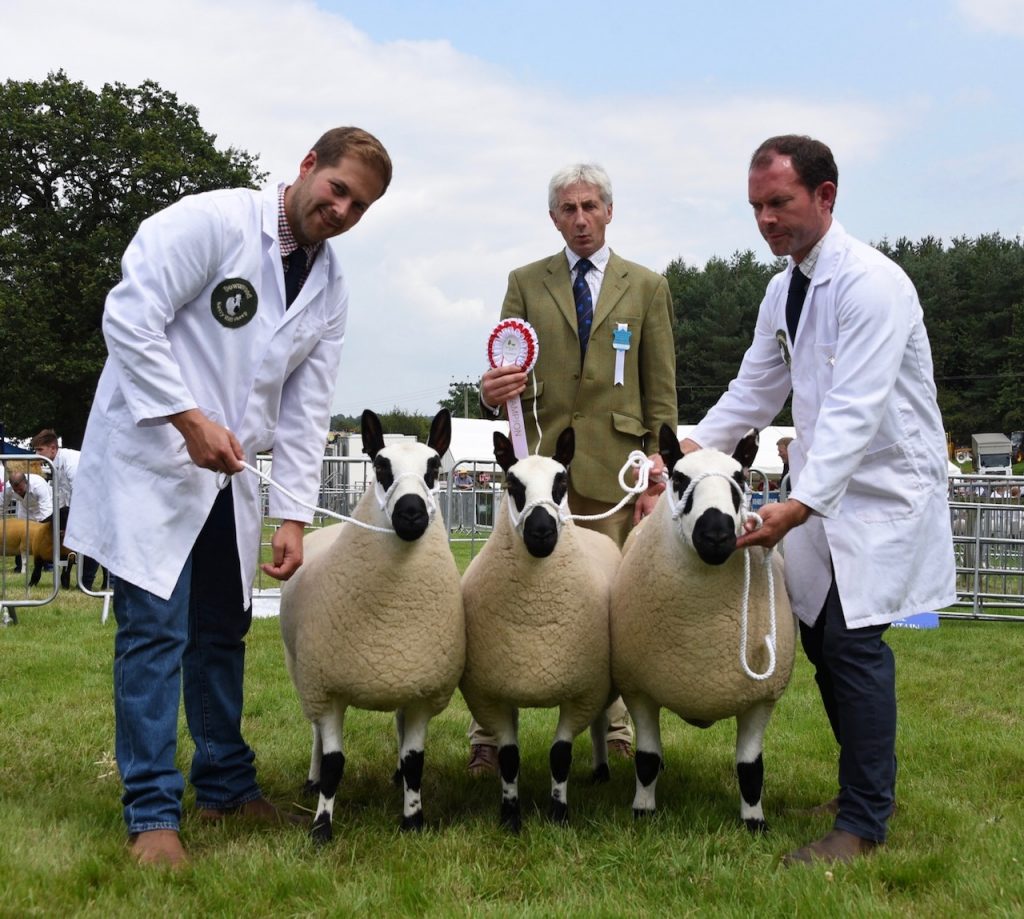 Jim then officially established the flock in 2000 and has continued to expand and develop his flock with the help and support of his partner Tom. “After meeting Tom’s college friends who kept telling me that Tom can’t stand sheep and that he’s more of a cow man. I’m pleased to say he’s embraced working with sheep as well as cows and has even beat me in the show ring!”

One of Jim’s earliest memories of success in the breed was back in 2003 when only three years in to breeding Kerry Hill sheep he took his progeny to a sale. “I took two ram lambs to the Society sale at Ludlow and while having a brave moment I entered one of the ram lambs, Downwood Silver, into the showing section.”

“Having only put him on a halter twice it was a huge relief when the judge, the late Mrs G. Pugh, asked for them to be shown loose. We somehow walked away with a red rosette and I was then told I had to go straight into the male championship where to my amazement we took male champion! After this I donated the Downwood Perpetual Trophy to the Society for the male champion at the Ludlow Society sale.”

Together with Tom, Jim has celebrated some phenomenal success, not only in the show ring but at the sales as well. In particular 2019 was very successful for the pair. Highlights of the year include winning the Reserve Supreme interbreed with an aged ram on the Saturday and Supreme interbreed on the Sunday with a homebred shearling ewe at the Royal Three Counties, as well as closing the season by breaking the record price at the Society sale held at Ludlow, selling an aged ram for 4200gns.

It’s no doubt that in order to win and sell to a high standard, Jim is particularly selective when choosing Kerry genetics. “Above anything I look at conformation and correctness. I like a good strong sheep, but still wants ewes to look feminine. It must have clean wool and that all important presence and breed character.” And as many members will know Jim likes a Kerry to be sharp, alert and have ears that go straight up. You often hear him saying “It’s all about the ears!”

And while he’s experienced some of the highs of breeding Kerry Hill sheep, Jim always strives to breed the very best Kerry Hills he can and do them justice in the show ring. “My big dream is to take the supreme interbreed championship at The Royal Welsh Show! I know it’s a big one, but you have to have a goal, right? I might even retire then!”

But even with big aspirations, Jim is down to earth and always happy to offer help and advice to new breeders whenever he can. “I’m sometimes asked for tips ahead of showing and the first that comes to mind is when halter training show sheep, it’s good to tie them up somewhere safe for a few minutes each day for a week making sure they have enough rope so they can lie down. Let them get used to the halter and how it works before attempting to lead them.”

Another one is that when it comes to trimming, card well from the start as this will give you a better finish and it will last longer. “Or perhaps that was just Derek Rollings’ way of keeping me quiet while he did the trimming!” 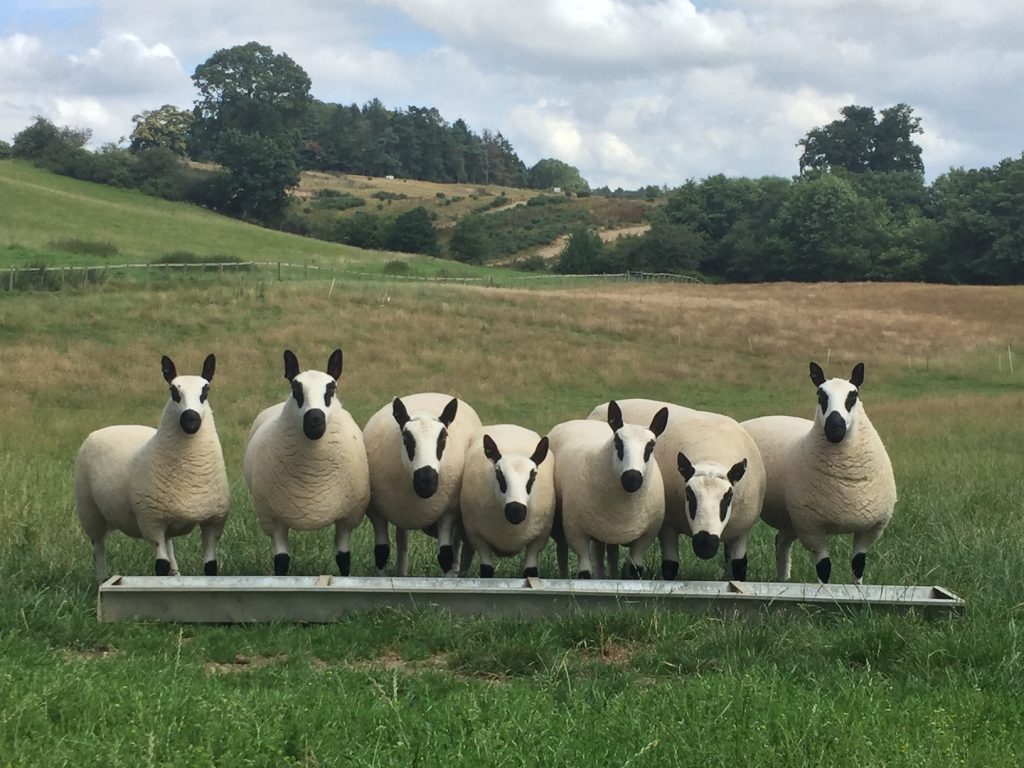 Alongside the Kerry Hill sheep, Jim runs a small flock of rare breed Devon Closewool sheep, is a keen horse rider and also breeds poultry, specialising in Call Ducks. Jim is a store manager at a local country store and Tom is Farm manager on the dairy farm they both live on. 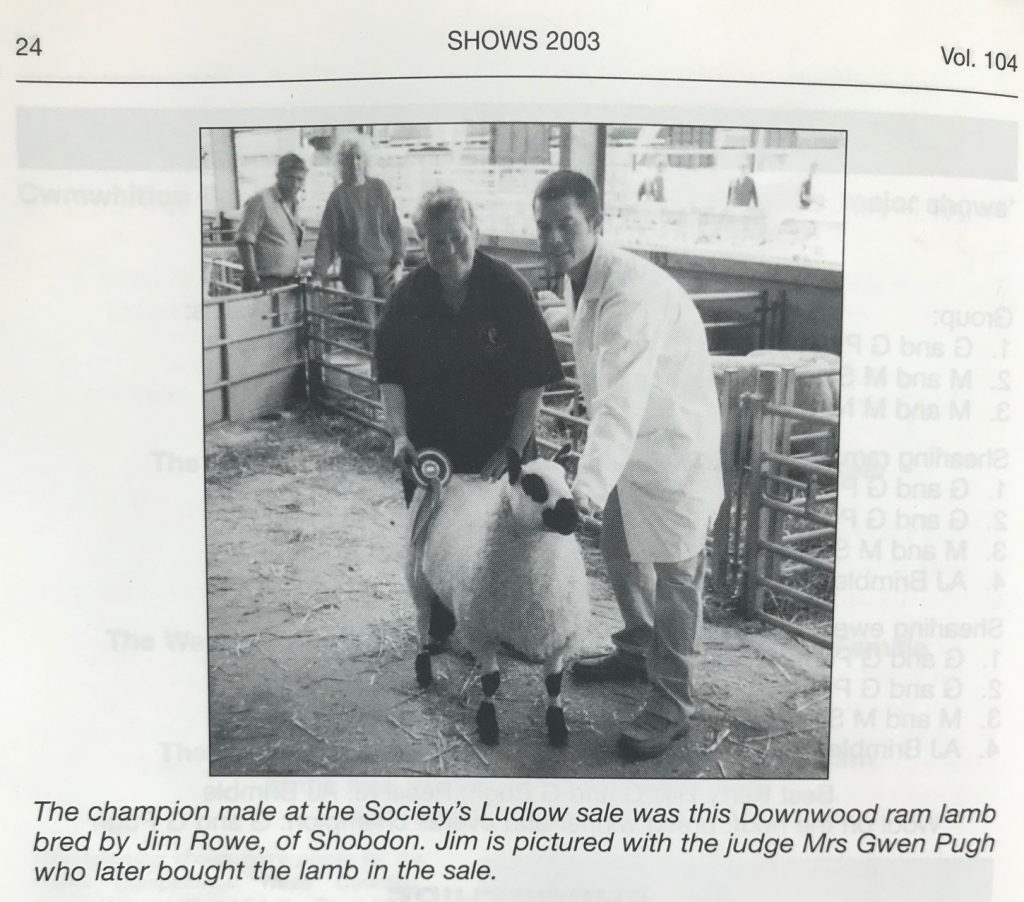 *We hope that you have enjoyed reading the first of our Follow the Flock feature. If you would like to be involved in the next one please fill in the questionnaire found here and return it back to the Society’s administrator, Linda Bull. We look forward to hearing from breeders old and new.