In this week’s follow the flock we catch up with Anna Wilson of the Gemstone Flock from North Yorkshire.

Anna established her flock in 2008 with 2 ewe lambs bought as a surprise birthday present from her husband Ian. They were purchased from breeder, Linda Barnard and have been a great foundation to the flock. Linked to the flock name, Anna called these lambs Opal and Onyx and continues to name her stock after gemstones. The lambs are bred from the Lax flock, with Opal still remaining in the flock after 12 years. 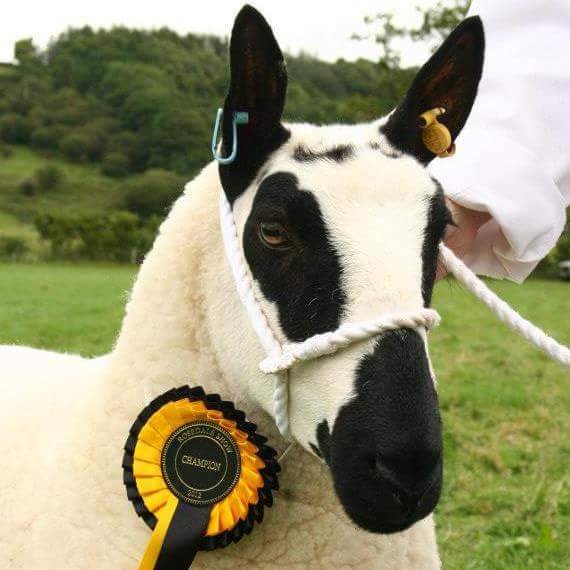 Before purchasing Kerrys the family were keen Texel breeders and showed them for a number of years with great success. Wanting a new challenge and having seen Kerry Hills whilst at a show in the south of England, Anna fell in love with them. Anna’s father in law commented “At least they have a decent body on them” Anna says this was the last compliment he has given them!

Currently the flock consists of 10 ewes, 4 shearlings and 3 gimmer lambs. Having achieved all the goals set for her flock, Anna would next love to take breed champion at the Great Yorkshire Show (GYS) with a homebred animal. With the flock now seeing its 12th crop of lambs Anna is very proud of them and is keen to maintain the standard she has been breeding.

Anna say “All moments are memorable with a Kerry! Whilst at my first show with Kerrys, my Father in law asked me what I hoped to achieve. I replied “if they stay on the show field I’ll be pleased, if they stay in their pen I’ll be ecstatic”! It went better than that, we were 2nd in a very large AOB class”. 2016 was a year to remember for Anna with a tup called Harry winning every class he entered. Standing either Reserve Champion or Champion at every show including the GYS and also standing Interbreed Champion at Egton Show. Harry was Sired by Gemstone Ramsdellite who was Anna’s first lamb, and has definitely been a huge part of the flock, siring many show champions.

When picking a Kerry Anna wants them to say “look at me, aren’t I fabulous!” With them being on their toes and not being too big. Also not focusing just on the markings, she would rather have correct conformation and a sheep fit for purpose over a pretty sheep. The markings are the cherry on the top.

The advice that Anna seems to be have been given most over the years is “They are wild!” “I can confirm this with having had Opal for 12 years and she’s still not tame! She’ll eat out of my hand but with her weight on her hind legs and with one eye on me. I have been really lucky to have made some great friends through the Kerrys. We have a wonderful time at shows and sales as well as social events.”

Meeting her Husband Ian whilst studying for a degree in Equine science, Anna now enjoys being a farmer’s wife and mother to their son Joseph. Whilst also working part time at her local vets, Anna says “This definitely keeps my sheep fix content.” She also enjoys gardening but says “that’s probably because I have sheep at the bottom of it.”