Leading the trade for the Kerry Hill sheep at Carlisle on Saturday 19th September was a Shearling Ram from the Pentrenant flock of RF & DJ Price. The ram was by a Woodhouse sire, out of a homebred ewe and was purchased by junior member, Jack Graham from Corrie, Lockerbie for 1500gns to add to his Birsca flock. 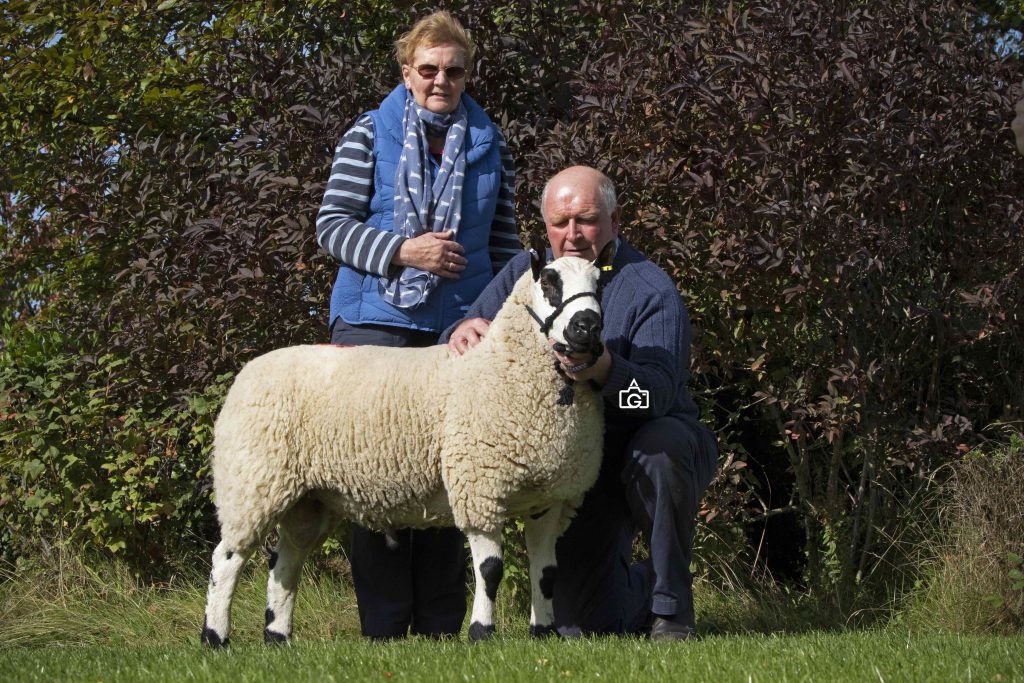 Sale leader at Carlisle at 1500gns from RF & DJ Price

The Price’s also had 1000gns for another shearling ram, homebred dam and sire, knocked down to William Evans from Tenby. This was closely followed by a ram from Mr G Pugh from the Four Crosses flock, Welshpool, by a Pentrenant sire out of a homebred ewe, sold for 950gns, to Mr R Innes from Jedburgh, for the Huntsman flock.

A ewe lamb from Mr & Mrs Burgess’s Top Spot flock from Dumfries, topped the price in the female section selling for 1180gns and was purchased by E Riddoch from Moray for the Seggiecrook flock. The lamb was by a Calcot ram out of a Crochmaid ewe. 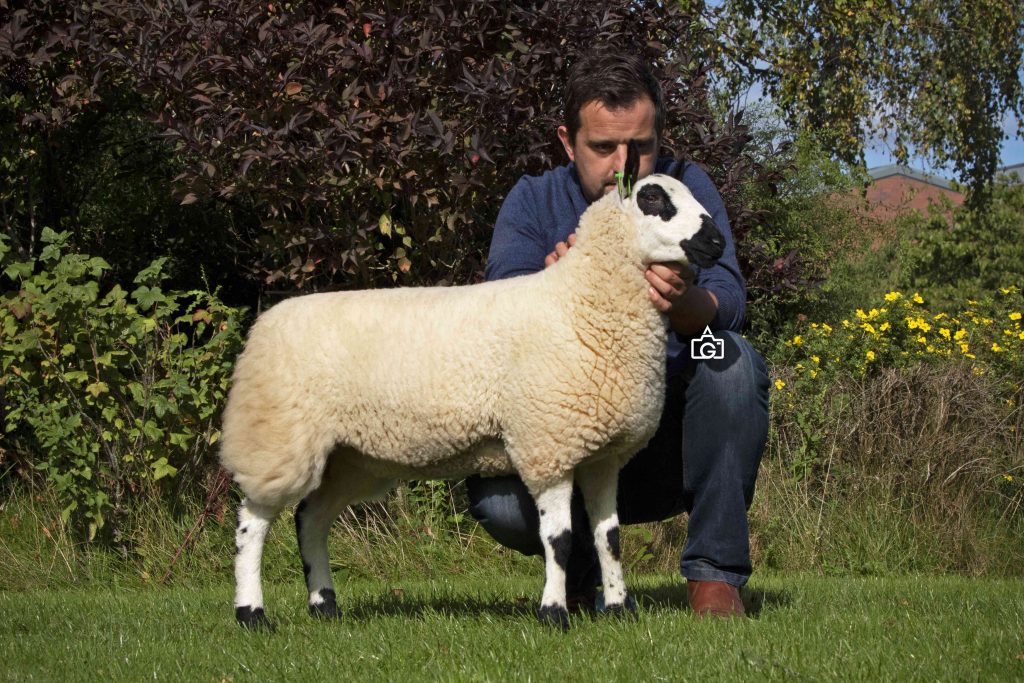 Jack Graham had the second top price for a homebred ewe lamb by a Riggshield sire, which sold for 900gns to Mr C Hendrie from Hawick. 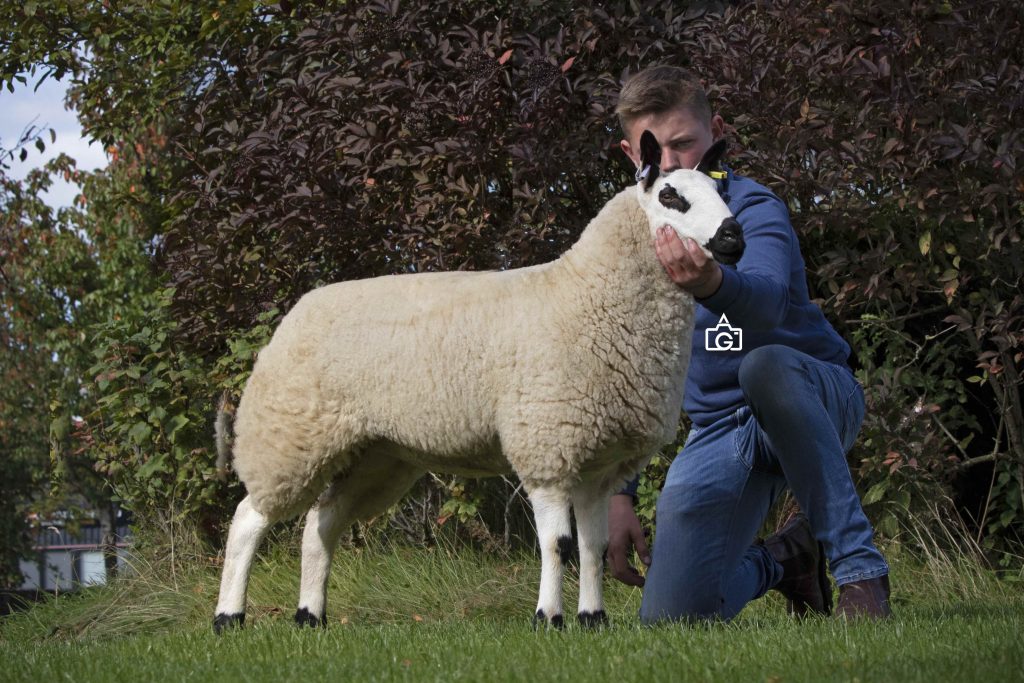 Top price for the shearling ewes went to G W Roberts, Pengwern flock from Denbigh and was knocked down to Miss K Elser & Mr E Simmons from North Somerset for 750gns. Another of his homebred shearlings went to Mrs C Kewley’s Crochmaid flock in LochMaben for 700gns. Both were by a Pentrenant sire out of homebred ewes. A shearling ewe from Mr JT Wigham’s Riggshield flock, by a Whitcastles sire out of a homebred ewe, hit the 700gns mark and was purchased by Mr J Croose for the Marlbrook flock in Leominster. 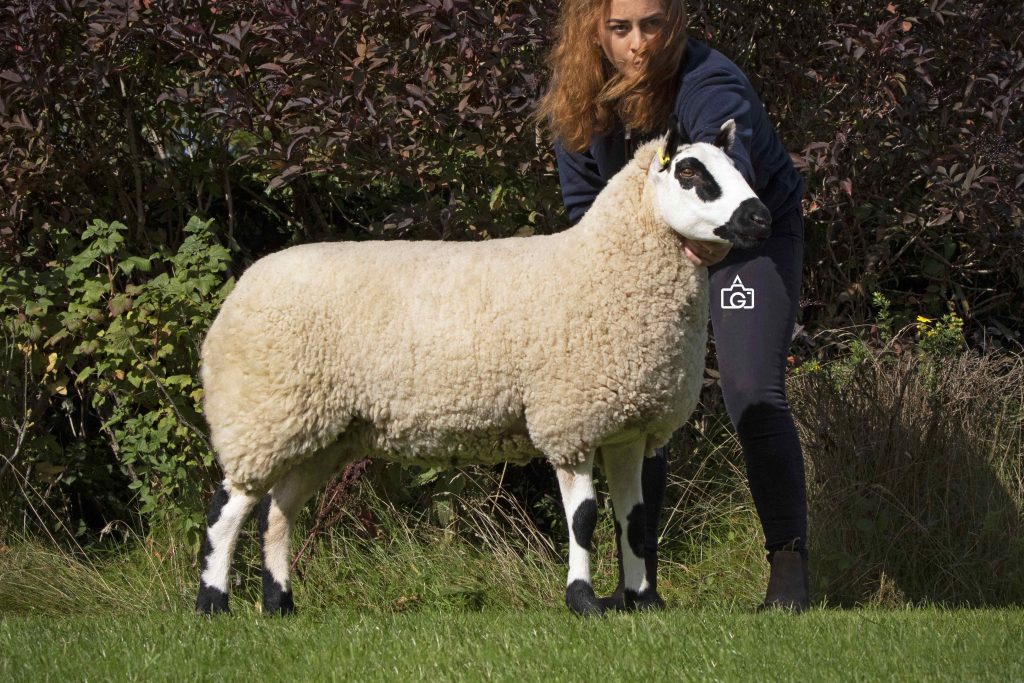 R J Stott from the Hilltop flock,Carlisle  put forward a good run of 6 ram lambs, which were all sold. The top price was 650gns for a ram lamb from a homebred sire out of a Rowanburn ewe, sold to R & M McIntosh, Hawick.